Choose Your Stock: Google or Apple 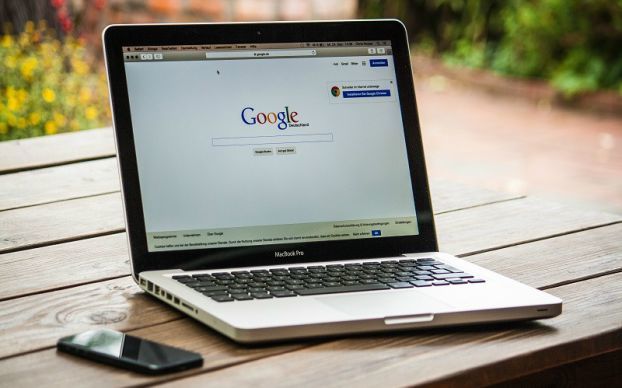 Investing in high-profile companies’ stock is one of the best ways to get a good return for your money. But how to choose between the most hyped companies around? Google and Apple are two of the major players in the world of technology, and it’s no wonder many people decide to invest their money in their stock, hoping for a good return. So if you had $1,000, would it be better to invest it in Google or Apple stock? Our analysis will give you all the details you need to make an informed choice.

Apple soared in 2016, but analysts say Google has a better track record

In February 2016, Apple shares hit a low point for the year, but have since regain momentum, gaining about 20%, which made up for the loss. On the average, Apple’s shares are up to 4% a year, and with the company being worth nearly $90 billion more than Alphabet (the parent company of Google), many believe that putting their money in the most hyped technology manufacturer of our times is a sensible choice.

On the other hand, analysts such as Colin Gillis from BCG, believe that Google shares are a safer bet due to the fact that Apple is usually dependent on upgrading their lines of computers, tablets, and phones, whereas Google deals in higher profit margin software and services. According to Gillis, “if you could only buy one stock, it’s Google”, as the company is better positioned than Apple when it comes to building their services and software business.

With both companies holding their ground well year after year, it is actually difficult to decide between the two when it comes to small or first-time investments. Analysts argue that the fact that Apple is today the largest company on earth by market capitalization does not mean that one should overlook the likes of Google when looking for a place to put their money.

Analyst James Cakmak from Monness Crespi Hardt & Co. mentions that it does not actually matter which company is number 1, as this is “nothing more than having the title of the world's most valuable company."

Which Shares Will Be Better in a Decade?

The prospects of the two companies look promising for the next decade. According to “Fast Money”, Google might prove to be a better venture because they have multiple revenue streams. Trader Brian Kelly mentions that Apple might be too reliant on their iPhones, something that might prove problematic on an already saturated smartphone market.

This does not mean that Apple shares will not grow over the next decade. However, the average analyst estimates that Google will grow at an annual rate of 11.9% over the next five years. Apple’s ecosystem, on the other hand, is something that traders need to keep their eyes on over the next years. Moreover, the company still has the potential to enter on new mass markets, as it did with the iPhone.

Both Apple and Google are well-positioned at the epicenter and well-run, so traders should not actually worry about losing money when investing in either shares. As such, both their stocks appear attractive at their current levels and they will most certainly remain so in the next decade, providing a stable opportunity for investing.

So Which One to Buy?

As both companies offer just about the same stability and growth to their investors, analysts often advisee to load up on them both, if possible. However, if you only get to pick one, some analysts say that Google is the way to go, simply because it is “a slow-and-steady story”, as Gene Munster, senior research analyst at Piper Jaffray puts it. In other words, the fact that Alphabet, the company that owns Google, offers a search service that the modern world cannot live without is reason enough to believe that their shares have nowhere to go but up.

On the other hand, Apple is one of the most innovative companies in the word, which creates desirable products people initially don’t realize they need, then discover they cannot live without. Munster believes that even though Google’s service is essential, Apple is still going to be around and continue to innovate for the foreseeable future.