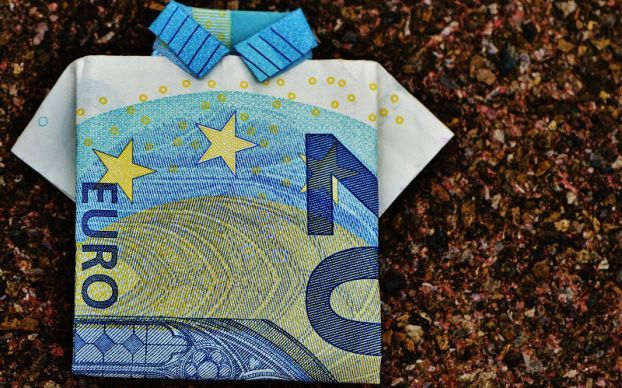 The political and economical upheavals of 2016 translated in a tumultuous relationship between the US dollar and the Euro, something that analysts predict will continue in 2017. Volatility was a dominant element for this currency pair in 2016, with the Brexit vote in the United Kingdom and Donald Trump’s victory in the US elections being two of the most important factors that contributed to it. In 2017, the consequences of the two votes will still have a say in the USD to Euro rates.

Euro is Positioned for More Downside in 2017

In an analysis released in January 2017, Kit Juckes, analyst at France’s Societe Generale, mentioned that the rally of the USD has not ended and appreciates that “the market believes Trump’s tax policies will help companies become more profitable”, which means that early 2017 is likely to be a remake of early 2016.

Juckes is not the only one to think that the rise of the dollar is real – Goldman Sachs has also released a forecast that does not look too bright for the European currency. Goldman believes that the competitiveness and growth crisis in Europe is likely to continue, which will push for USD – Euro parity by the end of the year.

According to Barry Eichengreen from the Financial Times, “Donald Trump is his own worst enemy when it comes to the dollar.” The reason for this is that the new President of the United States considers the strong currency as an obstacle to boosting manufacturing employment and as a burden for exporters. However, there are lots of factors beyond his control that will likely lead to an even stronger dollar under the Trump administration.

The expectation of tighter monetary and loose fiscal policies will contribute to the strength of the dollar, just as it happened during Ronald Reagan’s presidency. The demand for American goods will be raised by increases in public spending on infrastructure and tax cuts. The appreciation of the currency will make imports cheaper as well.

According to Financial Times, the increased demand for the services of US construction companies will cause inflation expectations to become more stable, and as a consequence, the US Federal Reserve will raise the interest rates faster.

Forecasts for the Evolution of the Euro in 2017

Jamie Saettele, CMT, Sr. Technical Strategist at DailyFx, appreciates that one of the most important factors that will contribute to fluctuations in the Euro rates in 2017 is the European Central Bank’s decision to alter its QE in December 2016. The political background in Europe after the first quarter of 2017 should also be of particular interest for traders, as there are no less than four significant elections this year that may affect the Euro.

On March 15, 2017, the Dutch will go to polls to elect their new Parliament, and the Italians will do it as well, following the results of the “No” result in the December referendum that saw prime-minister Matteo Renzi resigning. There are hopes that the state of the Italian politics is in a such bad state that will prevent the right-wing Five Star Movement from gaining enough power to take Italy out of the European Union.

The French presidential elections in April and May are something that traders really need to pay attention to, given the populist threat in the form of Marine Le Pen. The German elections will also be held later in 2017, on a date that is yet to be announced, and here the popularity of Angela Merkel is sliding quickly, which means that there is still ground for shock results in Europe, which can match the result of the British referendum in 2017. With this in mind, traders can expect the Euro to be quite volatile against most major currencies.

The EUR/USD pair broke lower in the last quarter of 2017, which was something not entirely expected at the time. Parity was expected with the New year, something that has not happened, but is still in the cards for 2017, given the strength of the dollar and the political turmoil in Europe. Election years are often unpredictable, so the Euro could after all prove resilient by the end of the year.

Eurozone inflation may be set to rise this year, as a result of the higher cost of rents, tobacco, restaurants and cafes. Analysts suggest that parity can only be achieved if the dollar will not perform as well as expected in 2017. However, the currency pair will at the very least go sideways for a while, with the possibility of parity still looming, depending on the election results in Europe and the performance of the American economy under Donald Trump.